Back to School Projects

The Original Motivation for the Trip

PFF was motivated to visit the Mission in Jalingo because the core activities of the mission reflected the core values of PFF as an organization. The mission provides free education, accommodation and feeding to children orphaned by the lingering crises caused by Bokoharam and other fundamentalist terrorist groups in the north east of Nigeria. 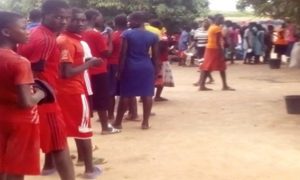 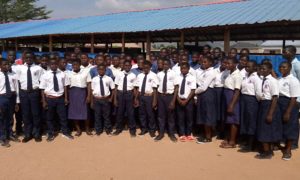 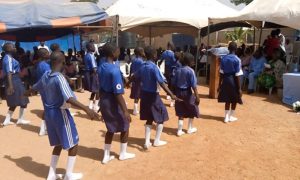 (A section of the students and pupils from different parts of the northeast.)

After contacting the Head of the Mission, we decided to play our part in alleviating a need or two they may have. The Head of the Mission told us that they prioritize physical visits and that the encouragement they get from visits are as important as material and financial support. It was on the strength of this that we decided to make the trip even though it required journeying for 2 days through Nigerian bad roads. The need of the mission and the amount of support needed to meet it are so large we were only able to play a little part in rendering support.

Travelling to Jalingo took two long days through Nigeria’s very risky roads. Our drivers mentioned that the route to Jalingo was a den of kidnappers and the police patrolling the roads were aware of the risk in travelling the roads. We first arrived in Makurdi after 12 hours of travelling, rested and continued to Taraba the next day. On the border of Kogi State, we ran into a number of policemen who threatened to confiscate our laptops since we looked suspicious. In all, while the journey was arduous particularly due to the fear we had for our safety and the bad state of the roads, we return every glory to Jesus who kept us safe from the dangers on the road and from every mishap. 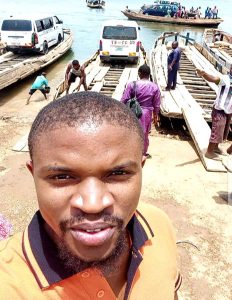 (On the road to Taraba from Makurdi, we had to use a boat to convey both the car and passengers in a river between Buruku and Zakibiam. Behind me is the vehicle marked Taraba State Transport Company (TSTC))

On arriving Taraba, we were blown away. The work was far more elaborate and serious than we actually imagined. Realize that the mission had relocated from the village where they were previously settled to a more cosmopolitan part of the state. In this new place, there were close to 300 children who received education, feeding and accommodation at no costs. Volunteer missionaries teach the children, prepare them for WAEC and raise funds to cater for their undergraduate education. Students from the school administered by the mission has gone on to represent the state at regional and national competitions.

As already stated, the mission (which is not named here due to security reasons) provides education, feeding and hostel facilities for children who are victims of the insurgency in north east Nigeria. The mission itself is located in the north east of Nigeria and has received more than its fair share of the violence that have bedeviled the region. The Founder of the mission was murdered by Fulani herdsmen when his car broke down on his way to the mission. His remains were returned to the mission and buried in the interior northeastern village he had labored in. The second serious round of violence which the mission experienced was far greater. Recently, the mission was attacked by Fulani gunmen. All the facilities within the mission were burnt down and those unable to burn where vandalized. The missionaries and the workers in the mission fled for their lives and today the remains of the Founder of the mission lies lonely in the village where he has laboured. 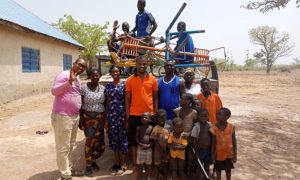 (We accompanied the missionaries to park the remaining property of the mission from their original location).

When we visited the original location of the mission in a village in the heart of Taraba, we found that the mission had a functioning school, male and female hostels, a computer lab, and a library among others. All of these were destroyed during the attack from Fulani herdsmen. We were told that during the period after the attack that fleeing missionaries who came to pick any remaining property of the mission that were not burnt were ambushed by Fulani herdsmen who opened fire on them. The stories sounded like a scene out of a movie except that we saw the bullet holes on the vehicles and the buildings. 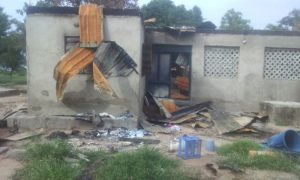 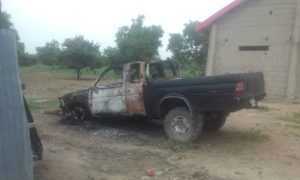 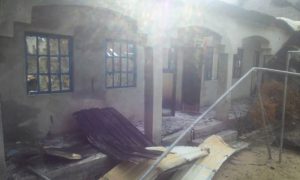 (The ruins of the mission remain till today. Almost like the land is mourning the dearth of activities on it)

The mission has since then relocated to a more cosmopolitan part of town and is rebuilding from the scratch. It is like once the gospel is pushed away from one tree branch, it lands on another and continues cooing. When PFF arrived, we discovered the need was far greater than we envisaged. Currently the mission thrives on a small piece of property with makeshift accommodation for the staff and close to 300 children and teens. As the mission is currently being evicted from its current location, there is still need for support in building new facilities that would decently house the missionaries and the children. 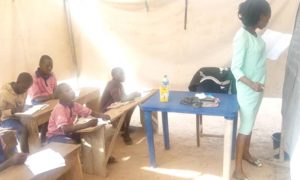 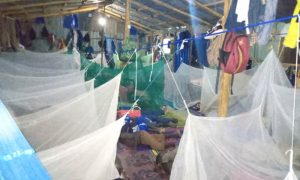 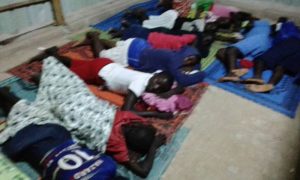 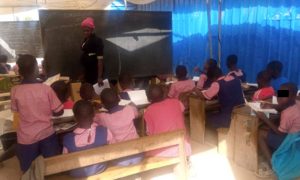 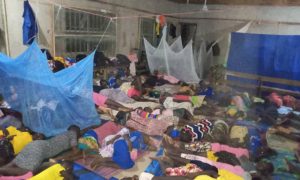 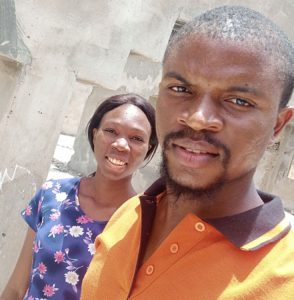 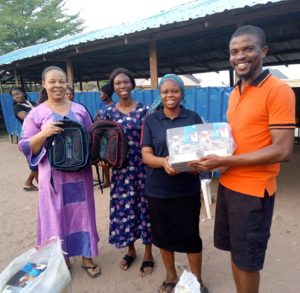 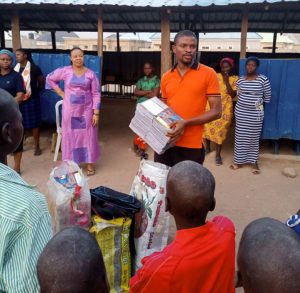 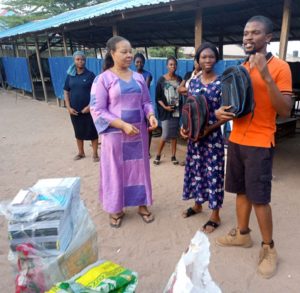 (The donations were channeled towards purchasing books and bags for the children. We still have plans to pay for the school uniforms of the students and pupils.)

We could not fathom why the missionaries refused to leave the work considering they were not being paid and their lives were in danger every day. Many of the missionaries had arrived Taraba for the first time as recent graduates who volunteered for the mandatory NYSC. It is clear that these missionaries remained on the land because they believed the hand of God was on their work there. Also, there was evidence that the education and mentorship they availed the students God had placed in their hands was working. This evidence showed itself in the tremendous progress of the children both academically and otherwise. 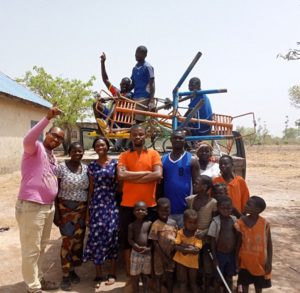 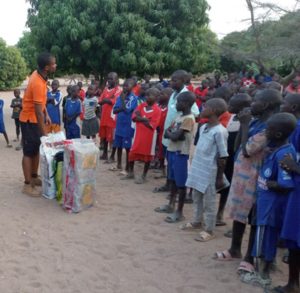 (One feature that was just too obvious was the unusual amount of joy that radiated from the missionaries. It was like they had a seamless endless supply of joy).

Another incident that stood out for me occurred on Easter Saturday. The children were playing games which involved drills. This form of drill was different as the children were rehearsing actions they would take in case they were attacked by gun wielding men. I was touched drastically as it has never occurred to me as a person to prepare just in case someone attacked my community with a gun. Personally, this journey taught me that I was not as brave as I thought. There was no way I would have put in the level of sacrifice as the missionaries in order to spread knowledge, education and the Word of God.

Evidently, there is no better way to combat Nigeria’s growing insecurity than to educate children and teens before they are radicalized by violent adults. Nothing beats catching them young, educating them and giving them Jesus. Violent groups already use this strategy but in the reverse. Vulnerable children who lose their parents to terrorist acts are themselves captured by the terror groups and unleashed on society thus maintaining the cycle of violence. While educating children is a long, arduous and risky process, it remains the best way possible to secure a future for Nigeria free of terrorism.

The task before the mission continues. As the mission is currently being evicted from their current location, there is still need for more school bags, foodstuff especially grains, sanitary towels for adolescent girls and others. While God continues working, we promise to keep doing our part in making the spread of the gospel and the education of children a priority in Nigeria.

If you desire to contact the mission or to speak with the missionaries, contact PFF and this would be arranged.

Our first BTSP was PFF organising free barbing sessions for children in Awka Anambra state in an effort to get them groomed and ready to head back to school. You can check out the project by clicking on the link below:
https://preciousfountain.org/event/back-to-school-barbing/

Our second BTSP was PFF sending food and writing materials to children in Lagelu LGA Ibadan Oyo State. You can check out the project by clicking on the link below:
https://preciousfountain.org/event/gift-a-child-a-meal/

This Ufodo mission is the 3rd anniversary of the PFF Back To School Project. The idea for the BTSP is to empower select Nigerian children with the resources necessary to resume school effectively. Our target is children in primary school and students recently enrolled in secondary school. 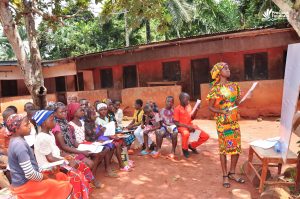 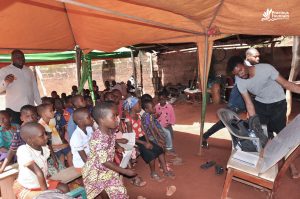 The BTSP 2020 provided school bags, books and writing materials to children in Nursery, Primary and Junior Secondary school in Ufodo Enugu State. PFF has for 3 years held projects targeted at improving literacy and numeracy among children in the community and this time decided to additionally empower the children with materials that will enable them start school in earnest. 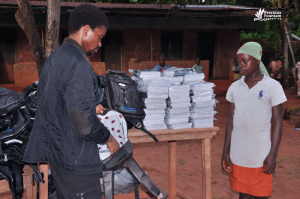 Total amount raised both from GoFundMe and local contribution: 504,000

Bags and books were locally manufactured in Nigeria.

Feedback from the community:

The community was full of gratitude and kind words. A message from the Bishop of the local community denomination read

‘I want to thank you for your gifts of school bags and exercise books to the children, my God will you back in 1 million folds In Jesus Name. Thanks & God bless you.’
We were inundated with message which resembled this one. 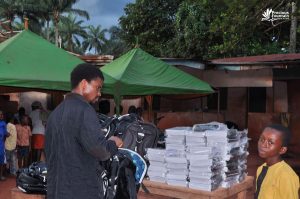 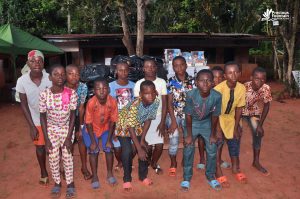 You’ll be the first to know when PFF announces the next BTSP.

Kindly click on the link below to see images from the Ufodo Mission Project.